I’m just after sitting down with a cup of tea, half watching the The Big Bang Theory on the TV. A few moments ago, while making this cup of tea, the thought of a new blog post popped into my head. It’s been over a week since my last post and I’m missing a little blogging, so….. the TV is now going on mute and you (and this lovely cup of tea) now have my full attention!

I’ve been thinking about doing another book focused post since, well, pretty much my last one. However, I’ve never actually done a list of book recommendations and as a qualified librarian, I think that’s appalling. Included below are four books that I’ve particularly enjoyed over the past few years. Hopefully, you might find a new read from some of my favourites and please, don’t be afraid to recommend to me some of your own favourites. I love a new read!! 😉

Being Dead by Jim Crace

I read this book in university a number of years ago and it’s a book I’ve returned to and reread many times since. I was pleasantly surprised with how much I enjoyed this book as it centers around themes of death and murder, themes that are significantly different from my usual read. However, the difference between this book and the typical murder mystery story is, this book does not actually focus on the murder at all…..it’s all in the title of this book, Being Dead is very much about being dead. Primarily, this book focuses on the victims’ day that leads up until their murder, bodily decomposition and how it impacts their loved ones. Overall, it gives its audience an introspective thinking of death. Being Dead was one of the few books I call a ‘special find’ that I discovered during my English degree. The style in which it is written, its contrast between life and death and its very vivid imagery which was almost revolting but entirely truthful, has always made this book stand out to me as a wonderful read.

The Tattooist of Auschwitz by Heather Morris

As I was working in my local library during the summer of last year, I often mentally took note of various books I wanted to read, The Tattooist of Auschwitz was one of these books and I finally (after a long wait), got my hands on it in September. As a child, I loved historical fiction stories. I was obsessed with books set during the Irish famine, World War I and II, the Titanic, everything really…. but sadly, I found myself moving significantly away from this genre as I grew older. The Tattooist of Auschwitz was the first piece of historical fiction that I’ve opted* to read since I was fifteen and has been the reason I’ve read two more books of this genre since. The book is based on the real life story of a Holocaust survivor, as he is made work as the tattooist in the Auschwitz concentration camp and also, falls in love in the most unfortunate of situations. Honestly, I cried a lot during this book but I also smiled because, while this story is about the horrendous actions of Nazi Germany and a fight for survival….it’s also about love and hope. It definitely was one of my favourite reads on 2018.

* I say opted because I did study a degree in English for three years and had books of various genres included on my reading list.

Back in 2017, I discovered Shtum in my local Easons while rooting for books to take on holidays to Portugal. I’d never heard of this book but upon reading the blurb, I decided it reminded me somewhat of The Curious Incident of Dog in the Night-Time by Mark Haddon (another great book) and it was a instant buy. This brilliant book was wrote from Lester’s own experience of raising an autistic child, which is often evident throughout the read as you get the sense that sections of this book are wrote from a place of anger or frustration that people don’t understand the struggles of raising an autistic child. The book is clearly, a very honest window into the life of an unconventional family with autism at its forefront as Lester tells his and his son’s story through the voice of Ben and Jonah. I quickly realised that Shtum was actually nothing like The Curious Incident of Dog in the Night-Time and the only similarity between these books was the fact that both young boys in these stories had autism, but autism is on a spectrum and both these children differed on this spectrum (notably, Shtum’s Jonah is unable to speak) and as Lester writes “I was truly fed up with being asked what my son’s ‘special talent’ was” differing significantly from The Curious Incident of Dog in the Night-Time’s Christopher who states himself to be “a mathematician with some behavioural difficulties”. I started this book on the flight to Portugal and I had it finished by the end of that day, I was hooked.

So, I’ve discussed this book in the past but I could not leave it from this list! Honestly, this book is probably one of my favourite reads of all time. I’ve fallen in love with the characters, the style, the deep introspection, everything…. and I’m not just saying it because the author is from my hometown (although, I’m very proud of this fact). I often state J.D. Salinger to be my favourite author, having read all five of his published books, so I was not surprised to Rooney described as the “Salinger for the Snapchat generation” following the release of her debut novel Conversations with Friends. The books is primarily set between Ireland’s Sligo and Dublin and follows the main two characters, Marianne and Connell, from their final year in secondary school and through their time in university as they discover themselves and fall in and out and in touch with each other. This is a love story but it’s definitely not a romance novel in any way, it’s significantly sensual (which is necessary) but most importantly, it’s a story of growing up and finding yourself. In many ways, I relate to this book as a twenty-three year old who’s grown up in a rural Irish town and moved away to Dublin for university. I’ve also recently read Rooney’s debut novel and can honestly say I notice a lot of similarities between both reads and their characters; however, I do feel believe the books are significantly based on Rooney’s own journey into her early twenties. This book made me think, A LOT!!! And I’ve raved and raved about my love for it to almost anyone who’d listen but honestly, it’s brilliant and I highly recommend. 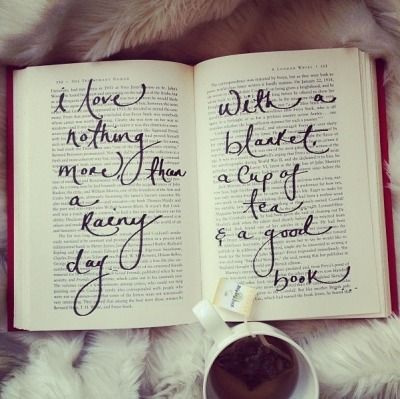 4 thoughts on “Book Recommendations (From a Librarian)”

A brilliant few days in Vienna with the best bunch of ladies 💞💞
Denis&Elaine’s💖💖
Something off the bucket list 👍😁
Fika 🌱🌸
They missed me so much they travelled all the way to Dublin to see me 😏😂
😴😴
Follow Foreign Daisy on WordPress.com

© Rachel Hoban and ‘Foreign Daisy’, 2018. Unauthorized use and/or duplication of this material without express and written permission from this site’s author and/or owner is strictly prohibited. Excerpts and links may be used, provided that full and clear credit is given to Rachel Hoban and ‘Foreign Daisy’ with appropriate and specific direction to the original content.